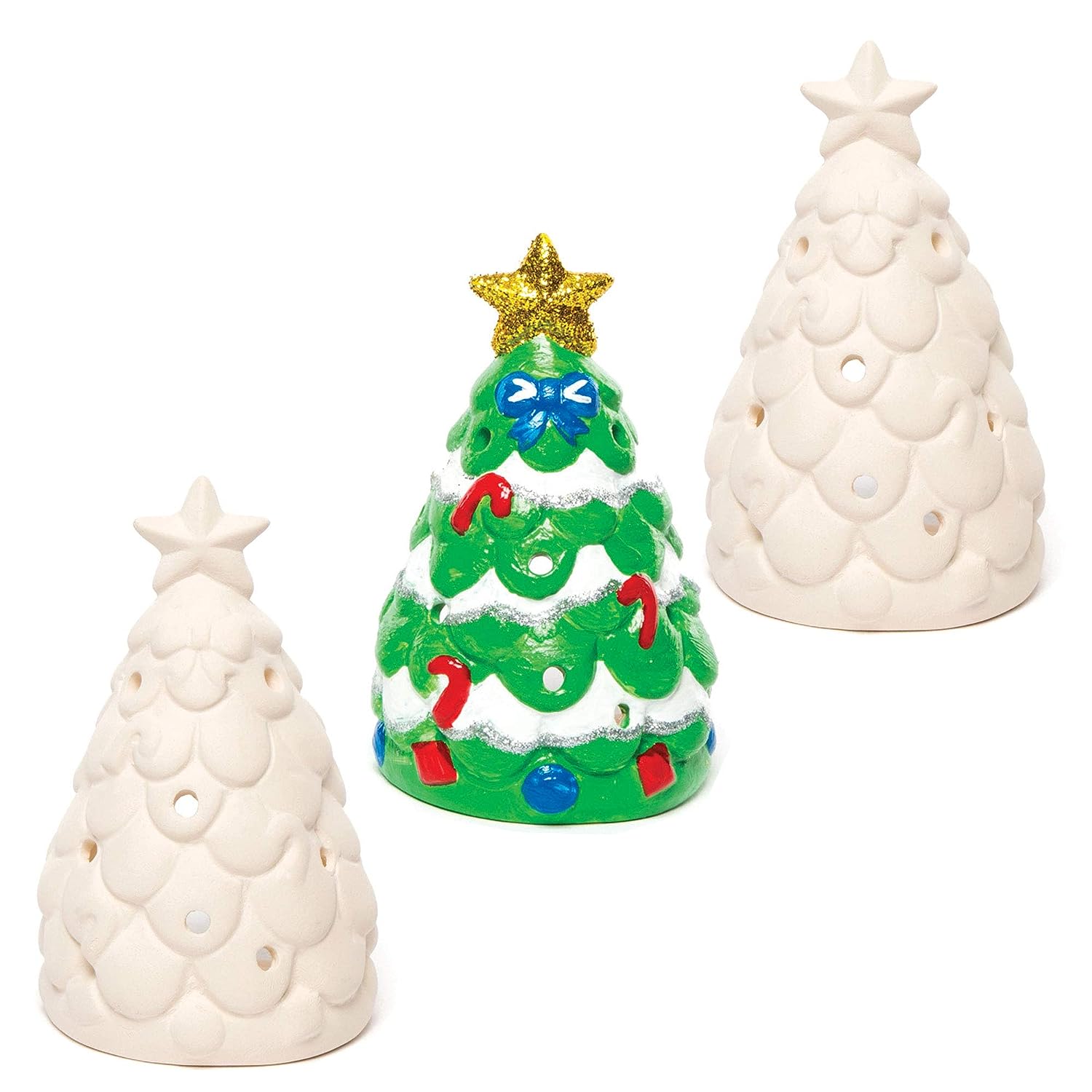 Decorate this cute tree craft then add a beautiful glow! The Baker Ross Christmas Tree Ceramic Tealight Holders are a festive way to celebrate, decorate, and have fun. Each candle holder is made of plain ceramic, which kids can decorate using acrylic paint or porcelain markers. Each tealight holder is 11cm x 7cm in diameter. Paint, decorate, and create! Great for teachers and class projects, groups, clubs and more. Perfect for Christmas and vacation gifts and keepsakes for parents, grandparents, friends, and family. (Tealight candles not supplied).

Crafting for kids made EASY!

Treat your kids to a creative adventure with Baker Ross unique craft kits and fun activities. Watch your children learn new skills as they create the most amazing crafts, toys and decorations with inspiring themes for all occasions and projects.

Looks like Santa, Rudolph and Elf have been over-indulging with their fat pom-pom tummies! Children will enjoy using the mixed materials to create these fun decorations. Make a pom-pom using yarn and tool included, then add the self-adhesive foam pieces and youâll see these 3 jolly festive characters take shape. Decked out in all the classic jewel-tones of Christmas, these beautiful adornments will look fantastic on the tree!